There is a  picture circulating on Social media which indicates that controversial artist,Double Tee, will be getting married on the 29th of September this year.
Many bloggers and music enthusiasts  have gone ahead to congratulate the artist on their platforms.
Northern Entertainment Filla(nefgh.com) upon seeing this tried to verify the authencity of the news, our checks however reveal that the news purporting on social media is a hoax. A close source suggests  the artist has denied any such forthcoming event and went ahead to explained that it is an upcoming movie. And the shot (picture) was aimed at promoting his latest song entitled In Love that featured D boy.
The Shei Koo Shei  Hit maker,Double Tee confirmed it during a live radio interview with the Controversial Radio personality in Northern Ghana,Halik Musah widely known as Mr Tell that his marriage pictures that circulated on social media was just a prank.

READ ALSO:  "I don't really support the release of albums at all because it is a waste of good songs"- Baron De Jarule revealed. 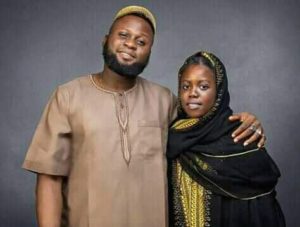 Straight Nation & Boss Family signee, Double Tee officially comes through with this controversial song dubbed“Mei Mei Ya“, The song was produced by Ojah Drumz. Download & Stream Below: READ ALSO:  Language is Not a […]

ANGRY DOUBLE TEE DESCENDS HEAVILY ON FANCY GADAM FOR SAYING HE IS NOT A COMMERCIAL ARTIST.

Straight Nation and Boss Nation signee, Double Tee has taken to his social media handle to hit hard on the Gadam Nation music president, Fancy Gadam, over his recent comment made during a live radio […]

TENSION TEAM Boss Bawlee widely known as the Yelmag Kpema Lana in the music industry yesterday appeared on Northern Entertainment Filla Time With Entertainers program. During the cause of the program, Bawlee was given the […]

If you can’t help, at least don’t pull us down – Maccasio fires Industry players

Tiwa Savage Buys A Free Bus For The University Of Ghana Students.