Nigerian Actress, Singer and Philanthropist, Tonto Dikeh during a One on One interview on Plus TV Africa revealed that she’s currently paying School Fees for over 3700 children. 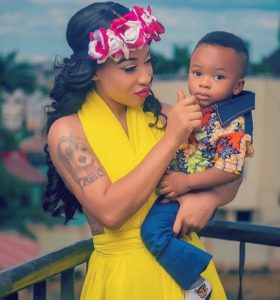 The controversial actress made this revelation after she was asked about her music venture and whether or not she’d be willing to pursue it again.
Tonto had nothing bad to say about her music days but expressed that it’s not something she’d seriously pursue now because she’s now a woman, a mother, an entrepreneur who has over 30 staff and also pays fees for over 3700 children and that such commitments would make it difficult for her to make time for music.

READ ALSO:  IF I KILLED MY MOTHER FOR FAME AND MONEY, IS THAT YOUR CONCERN.? BISA KDEI QUESTIONED HIS CRITICS. 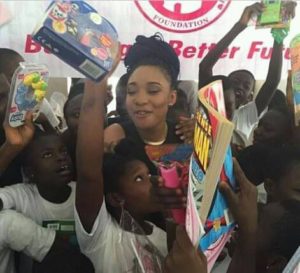 The 33 year old mother of one,philanthropic ways have been exhibited through her Tonto Dikeh Foundation: a foundation she said was started in Liberia and has been in existence for over 12 years. Its main aim, according to her, is to help reduce and eventually prevent unwanted pregnancy among children and the youth, streetism, to help rape victims and to rehabilitate these groups of children.

READ ALSO:  Angry Shatta Bandle Threatens To Sue All Companies Using His Image For Adverts Without His Permission

When asked what motivated her to take the initiative, she stated that she was born into a church where giving is required and has thus always made her a giver. Once she realized the platform and voice she has, she set up the foundation to help her reach out to and help more than she used to.

All Is Set For The Inspirational Poetry Show With I.M. Saani

Naira Marley Advises Ladies On How To Avoid Unnecessary Sex