Mohammed Hafiz widely known as Mr Trender is the Host to one of the most watched TV programs in Ghana called Trending (Dinchana) on NTV. 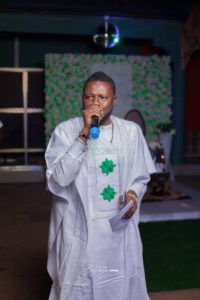 Mr Mohammed Hafiz was on Time with Entertainers.A Facebook live program that is aired through the Northern Entertainment Filla Facebook page as guest for the program dated 27th October 2019, during the course of the interview the Trender made it known that he is one of the people who support all artists because he has the passion for his Job and does not demand money from musicians or artist Managers before doing anything for them in an entertainment context.
He further stated that he does not have control as to who to host on his program because those that often pass through his program for commercial purposes need to contact the management for the program before he will host them.
On allegation of he been on Gadam Nation.
The Trender made it known that he is not part of Gadam Nation Team but does offer his support to him whenever he calls on him for such support and also stated that he does support Maccasio as well.

Below is the full interview :

The Taaka Music Boss, Yakubu Issah known widely in the showbiz as Ataaka, formerly Ataaka the rap John Cena and now Ataaka the rap, has considered himself to be cursed for been in the northern […]

Mohammed Hafiz better known as Gee face host of NTV’s Trending/Dinchena program has angrily replied to a member of the 69 management, Fila Gaat, over last night Virtual Concert which was been aired on NTV […]

DJ Cuppy Reveals Her Greatest Fear About Music In Nigeria