Ghanaian Hip hop, Hiplife, and Afropop recording Artist and Entrepreneur, Sherif Abdul Majeed, known by his stage name as Maccasio under 69 Entertainment & Zola Music has intensified promotion for his upcoming King’s Concert slated for 5th February 2022 at the Bukum Boxing Arena in the national capital. 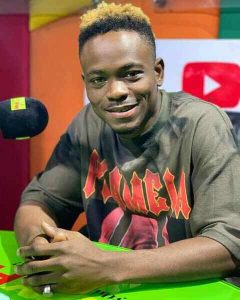 The Dagomba girl hitmaker, after becoming a household name in Northern Ghana and other parts of the Country, Held the biggest ever concert in the year so far at the Aliu Mahama Sports Stadium and has taken it upon himself to extend the joyful moments to other music lovers in the National capital.

He is currently embarking on serious media tour in almost all the stations in the capital and has also used that golden opportunity to promote his recently released songs on those media houses.

READ ALSO:  "Mugeez(R2BEES) And Stonebwouy Were Happy When I Was Out Of The Music Scenes" - Iwan reveals.

Though it’s not his first time of filling up that Bukum Arena but this time around management have rised the price a little bit higher than they usually does but yet still music lovers pledge to support the hard working music star by filling up the venue. 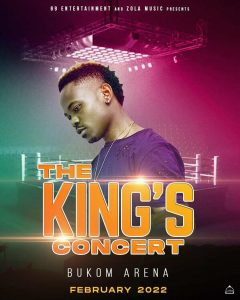 I NEVER HAD THE CHANCE TO LISTEN TO THE SONG I DID WITH GONGA BEFORE IT WAS RELEASED- MACCASIO REVEALS.

The 69 music King Sherif Abdul Majeed widely known in the world of showbiz as Maccasio officially took to his Facebook account to explain himself out,  after he and his team were accused of being […]

MACCASIO EXPRESS GRATITUDE TO FANS OVER THEIR LOYALTY IN MAKING THE THRONE CONCERT A SUCCESS.

Tamale based Ghanaian superstar, Sherif Abdul Majeed known widely in the entertainment industry as Maccasio on the 21st day of August made an erasable history with the Throne Concert at the Aliu Mahama Sports Stadium […]