Ampe is a game played long before anyone can remember and this is due to non-documentation of African history, which is caused by lack of formal education back in the centuries, no one can really tell the exact origin of ampe. So its history remains a mystery but ampe is still the game little girls love to play when they have nothing to do. The game has been in existence for more than 200years.

African children play this game during their childhood to teen age. Some believed it’s originated from Ghana. Elders in the northern part of Ghana believe that people of the ashanti region developed/created ampe. They say the game was played by old women, when they had nothing doing. 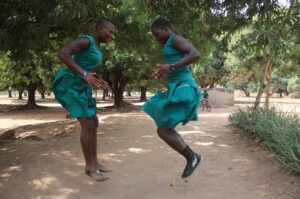 READ ALSO:  Separk Runs To Maccasio For A Feature After a Long Musical Break. 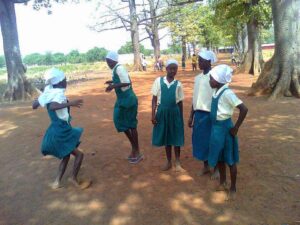 Even though ten(10) people can play ampe But it’s been play by two persons at a time. The game is been played by girls but sometimes boys do join because is very interesting and entertaining.

Moreover, ampe is a form of exercise and keeps the brain and eyes sharp and active.
Mostly, it’s a game played at home but because it has been the most loved games among little girls, ampe is seen played in primary schools across Ghana and the world.

ATAAKA UNVEILED COVER ART FOR HIS “ZAMBA” SONG WHICH FEATURES WIZ CHILD AND THE DATE SET FOR IT’S RELEASE.

Iceberg Slim Out To Correct Misconceptions About Him

I’M THE ONLY HOPE FOR DANCEHALL MUSIC IN NORTHERN GHANA – LIL BLACK BRAGS.