Confirmed reports reaching Northern Entertainment Filla has it that the leading top scorer in the Ghana Premier League, David Sandan Abagna has been ruled out of the ongoing AFCON hosted by Cameroon. 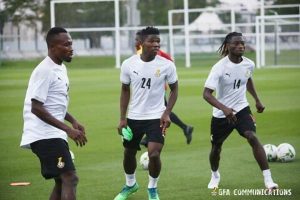 The young talented footballer who plays for a newly promoted tamale based footballer club, Real Tamale United received the call-up into the senior national team after impressive performance exhibited at the club level in the premier league.

The sad painful incident happened during their training session when a team mate stepped on his right foot and scans indicated that there is a minor fracture after Doctor’s checks. 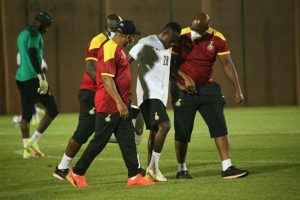 The former Premier League champion with WA All Stars, has been the star of Real Tamale United and the center of attention in the league since joining from AshantiGold SC last year.

Medikal Arrived In Tamale For The Throne Concert.