Arguably one of the fastest rising rappers in the Northern region, Rastony has moved from ‘grass to grace’ and it is therefore not surprising that his enthusiastic performance and dexterity has for the past 12 months, earned him a slot to perform in almost every show in the region.

Mention Rastony, and any stakeholder or music lover in the North, will not hesitate but re-echo the energy, skill and rap style Rastony exhibits in his bid to put audience on their feet and ‘hit up’ events.

However, over the past week, Kinaa Kings, a young man who just stepped into the music industry about half a year ago, made one of the most shocking revelations on Might FM’s drive time program dubbed ‘Yooyili Drive’ and hosted by one of the most promising presenters, Teacher Onga.

According to Kinaa kings, he had a relationship with a brother who he wanted to help.
“I wanted to help push his music because I thought it was part of his destiny, but he later betrayed me” Kinaa kings opined. 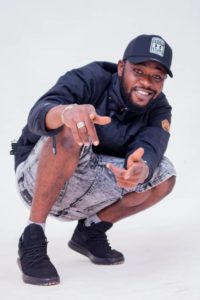 Asked what or who motivated him to do music, Kinaa Kings mentioned Rastony, adding “I helped him (Rastony) financially and also wrote almost all his songs for him. I helped him write some but I also wrote most by myself, rehearse with him and sometimes followed him to the studio to remind him of some ‘lines’.”

Kinaa Kings however added that he is not into music to compete with Rastony since “Rastony knows I’m still the king.”

The artist alleged further that he helped in writing songs which Rastony featured Kadiana, Shaban, and a solo titled ‘Igwe’.

“…and those I wrote personally include, Sarauta (trumpet cover), Enemies featuring One Naira, Ama Kurga, among others” he continued.

When challenged by the host to prove his words, Kinaa Kings said “You can ask him. For instance, there is a particular language in his song ‘Sarauta’ except me, no one in the whole north can identify nor understand it. Not even Rastony himself”

Kinaa Kings already has 3 tracks to his name titled, We Dey Maintain, Din Sani and Kiss Daniel’s F*ck you cover.

Meanwhile efforts are being made to get in touch with Rastony for his side of the story.

Rastony is undoubtedly one of the best stage performing artiste in Northern Ghana and he is under Burma Camp Entertainment. Rastony has recently released his new song entitled “Tipawumli Anthem” which was mixed by Web […]

5 facts about EMCEE everyone should know

I Don’t Do Music To Impress Anyone – Kuami Eugene