One of the most hardworking Ghanaian artist based in the Northern Regional capital, Tamale, Yakubu Issah known widely as Ataaka after his recent prank on the masses with regards to his Street Carnival released a potential banger with Sister Afia which was gaining grounds in the Northern Part of Ghana. 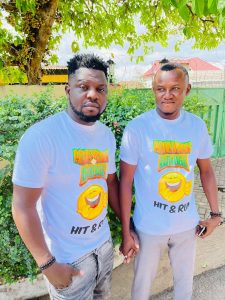 Ataaka left the North all the way to the South which many thought he (Ataaka) was going to arrange for the visuals of that potential banger of his “Hit & Run” but was rather the opposite.
Afterwards, the Taaka music Boss was spotted in a video when he was in the studios of 3Fm battling with an unknown underground artist instead of promoting his latest beautiful song.

The Tizoora team Boss have so far released countless number of pictures from the National capital with zero promotional meetings except the rap battle with the underground artist.
Check out the rap battle below:

Tamale based Ghanaian artist, Ataaka praised his stars for narrowly escaping legal action from Sister Afia and Management. The Taaka music King added the female songstress onto his upcoming Kings Concert slated for the 21St […]

Taaka Movement Boss,Yakubu Issah known widely in the world of Showbiz  as Ataaka is set to release another controversial song which is believe to be an attack on 69 music king, Maccasio, who  recently released […]

Ataaka teams up with Wiz Child to bless music fans with his 2022 track titled “Zamba“, produced by Stone B. The song is a follow-up single to Ataaka’s previously released 2022 single dubbed; ‘2021 Review‘, […]

Popular Tamale Based Presenter Cries Out Loud Over Missing ¢50.