Taaka Movement Boss,Yakubu Issah known widely in the world of Showbiz  as Ataaka is set to release another controversial song which is believe to be an attack on 69 music king, Maccasio, who  recently released a track titled ”Kontrol”.
We can recall that the two music giants haven’t been in good terms for sometime now. And this is as a result of a battle for who should be  king of rap in the Northern Zone. The battle for supremacy has taken the form of beef. Along the line, the 69 Music King decided to ignore beef songs directed at him. He (Maccasio) recently released a song titled Kontrol, minutes after the release of the song, Taaka music boss went to his social media to post a caption “Putaali‘ and subsequently went ahead to record the song at Ojah Studios.
Check out the flyer below. 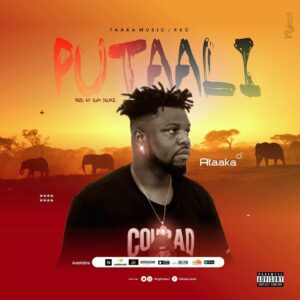 Thick Vibe Music signee,Seidu Abdul Latif, known in the showbiz industry as Lcee was featured on the Northern Entertainment Filla Exclusive off camera interview. During the cause of the program the Dungle it hitmaker was […]

Aleewa Dagomba returns to the music scene with this brand new Freestyle titled “Talkative 3” which is directed to Maccasio,Double Tee and Shaban. Download & Listen below: Aleewa Dagomba – Talkative 3( Maccasio, Double and […]

Tunteeya The Poet – What He Sees Behind Her

Gaffachi Happily Shows Off His 4 Cedis Coke In a Video Posted Online.