Mr Ibu is undoubtedly one of the most popular Dagbani actors in recent time.He was recently interviewed on the highly rated Asafihli Saha, a program produced by the northern entertainment filla team.
The aim of this program is to bring comic actors to their loyal followers. The program gives the audience the chance to asked the guest(comedian) the questions that wish  to ask him/her.

During the interview Mr. Ibu made it clear that they are world class actor’s when it comes to acting but because of lack of equipment to produce their movies, their talents go unrecognized. 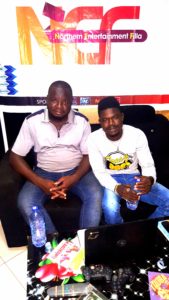 Mr Ibu also made a special appeal to the general public to help them with the needed connections if they can, both in the country and outside the country.
He also stated that he is trying to work with Kojo  Nkansah popularly known as Lilwin in his upcoming movie but the reason for the delay in getting it done is his inability to to afford the service of Lilwin.

Veteran Nigerian comic actor has recounted how he almost lost his life after he was poisoned a couple of times by his staff who he alleged were paid by his kinsmen to eliminate him. Speaking in […]

Ghanaians should embrace themselves for yet another unprecedented and record-breaking event in Ghana’s music industry. Popular Ghanaian actor Kwadwo Nkansah has revealed on social media that he is set to release a song which will […]

MACCASIO IS MILLION TIMES BETTER THAN YOU “ATAAKA” STOP ENVYING HIM AND FOCUS. DAGBON SAANI TO ATAAKA.

Fancy Gadam pleads with the general public to help donate in saving the life of A music Fan.