Zosimli Naa II Ife Bell led the first New Jersey Damba festival as a honorary chief. She is an international speaker, thoughtful leader, coach, and a philanthropist who serves on several non-governmental boards. 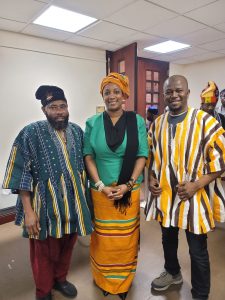 As customs demands, she welcomed the delegation from Ghana, the Ghanaian community in US especially the Northern people, and also the distinguished guest speakers and chiefs that came to celebrate the beautiful culture of the Northern people.
She then asked the people to take a moment to reflect on this question “What can we create together that we cannot do alone that has the power to transform?” She also asked if they were ready to take immediate action on the same day of the Damba, and not the next day.
She began her opening remarks stating that the office of Zosimli Naa together with stakeholders, especially Northern people in every corner within the United States and Ghana are going to create an alliance movement. She added that “Every great movement is proceeded by a sound, and tonight the drummers have provided us with that sound.” Defining a movement as a sustained campaign in support of a collective goal. They are a result of people-to-people collaboration whose relationships are defined by the shared common outlook of the development of a society. Movements replicates themselves, and stand the test of time. Yet, a movement requires that each person engages in collective action toward a common goal, which is the Development of Tamale. 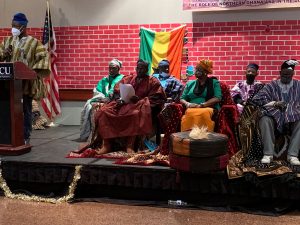 She asked each person to take note of two important messages. First, that “Leadership is a Lifestyle”, and second, that “Development is a group activity.”
Compelling the people to join her in the development agenda of the people of Tamale and the Northern Region as a whole. She reminded every individual of the power that they have to produce a greater impact, especially the vulnerable in our society. She invited all to join, and gave three ways that people could engage and contribute their efforts towards this significant movement. She expressed her belief that leadership is a lifestyle and people are our greatest resource in life. It is her mission to expand the capacity of people to bring their very best selves to every aspect of their lives. Each morning she prays for God’s strength as she executes her commitment to the development of the people of Tamale and the Northern Region by leveraging her network and platforms. 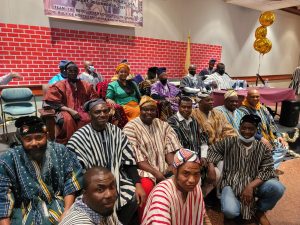 She asked all to join her in the affirmation by saying after her, “I am a leader.” As leaders, our actions and decisions are to make strong connections, friendships with other leaders in support of accomplishing a goal. Today we as leaders came together in support of the goal of celebrating our culture and the second goal of fostering development. This requires people. So remember from this event that “leadership is a lifestyle”, and we are all leaders together in this movement”. 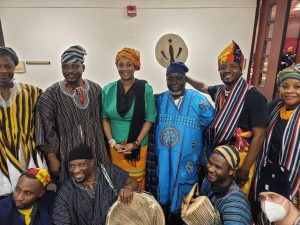 She again emphasized that development is a group activity, defining it as an act or process of growing or causing something to become larger and more advanced.

She shared 3 strategies for action that we can take together to achieve the developmental goals;
1) To bring diverse leaders who are young, energetic and committed. Both men & women in particular professionals who will register with a yearly fee, and be members of the Tamale-Louisville Sister Cities Committee. As many of you know, Tamale and Louisville have been Sister Cities, collaborating and achieving a lot for over 40 years by members in both cities. She expressed that having a diverse group of leaders is “important in accomplishing this work.” Therefore, she’s encouraging the youth in the Region, especially professionals to register, join, and pay annual dues to keep the committee in Tamale vibrant, as well as take-up leadership positions within the sister cities group. This approach will demonstrate the preparedness of the youth to be stakeholders in the work of development for Tamale. She encouraged people to reach out to Tamale- Louisville sister cities office to join the movement. 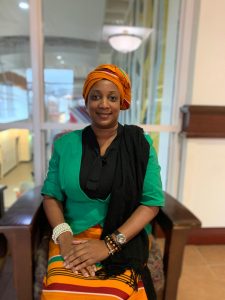 2) The 2nd strategy, is that the office of Zosimli Naa is committed to establishing a formidable group known as the “Friends of Tamale.” This group will be a diverse group of Americans; African Americans and White, women and men, young and old. With a particular focus on the African American community, who desire to visit their ancestral home to participate in building or to investing in Ghana. Members of this association will be organized by their areas of specialty and partnered with their Ghanaian counterparts to work together towards the development of the North while also learning from each other. She has, already begun to invite interested persons and groups to sign-up and support this movement.

3) The 3rd strategy is a focus on bolstering existing programs and strengthening relationships with the individuals and professionals from Tamale or the Northern Region who are now living in the US. She wants to make connections with every Northerner abroad or within the US to join the movement, and she is developing a database and will share a link for individuals to sign-up to help her keep in touch.

She said that the New Jersey community and all of the many communities present would have the first opportunity to register. She also remarked about the existing programs and activities that the planning committee has been engaged, and implored that the robust community to strengthen the current initiatives such as the Dagombas Youth Association, Northern Youth Association and the other groups, So that together, we will make Northern Region strong.

She closed her remarks by reminding everyone that they are leaders, and together we are ready to take action today.

Check out pictures and videos below: 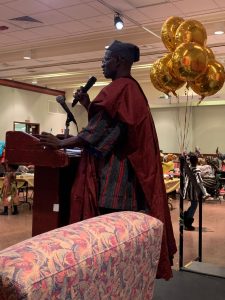 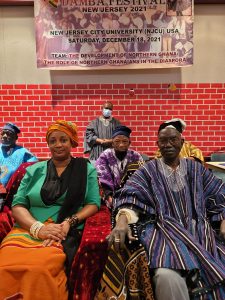 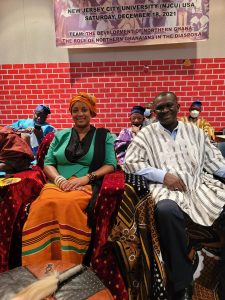 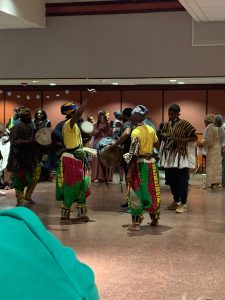 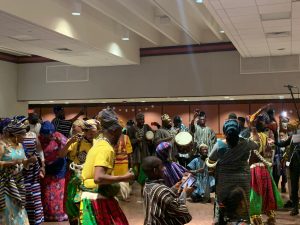 Popular Tamale Based Presenter Cries Out Loud Over Missing ¢50.