On the night of 24th February 2020, expectations were high as the Northern icon paint the stage of TV3 with the colour of the Northern Culture. The music was catchy and inspirational. Rock and roll music, if you like it, if you feel it, you can’t helped but move to it.

His performance was appetizing and even the judges could not hold their neutrality than to dance to every rhythm of each song he performed that night. 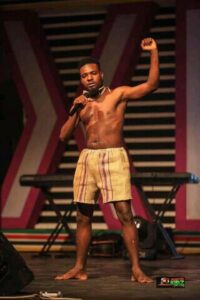 Garnish with unquenchable euphoria as CF optional king was announced the winner of the TV3 mentor reloaded, the streets of Tamale was full of jubilants as they celebrate the son of the land on his win. 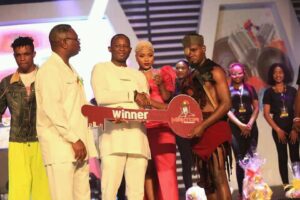 It will interest you to note that after his coronation as the King of mentor reloaded, things take a dramatic turn and the voice of Optional King was muted by a force not even his closes allies had knowledge of.

Nonetheless, entertainment pundits and even the fans could not answer basic questions with regards to his silence. Was he given the two bedroom apartment as promised by the organizers of the said event?. Not even the gods can answer this question.

The Repercussions of his silence has dent the image of the event, it’s credibility has been soiled but do we also have to blame him for not capitalizing on that fame?. His silence is like an untamed lion who has lost the bid to roar in the midst of its colleagues because it has become an enemy to its kingdom.

READ ALSO:  Ataaka Lights Up His Birthday With Quality Pictures.

This golden opportunity could’ve propel the rising ones in our music industry to trek the same path of OPTIONAL KING but it seems all hope is lost because they can’t actually pinpoint any positive impact that reality show has on him.

Even within the corridors of Northern Ghana, young talented musicians have lost hope in any reality show that demands the fans to use their hard earn money to vote for their favorites, because most of them believe they’re just milking them and that to its positive impact is limited.

Coded family signee Cf Optinal king is back with a new song which aims at awakening the youth of this generation to repent and observe their daily prayers before death finally call on them. The […]

Nobleman Entertainment Signee Aleewa Dagomba is out with an apology(Sandaani) song after accusing mothers of Maccasio and Cf Optional king in a recent beef song.The song was produced by Whitemoney. Download Listen & Share READ […]

I Have A Special Song For Sarkodie – Dr UN Reveals (Video)

TAMALE BASED ARTIST APPEALS FOR FUNDS AFTER LOSING SECOND BIKE TO THIEVES.

Dishonesty Is The Ultimate Cause of Ghana’s Problems – A.D Baba revealed.