A lot has been said and alot more needs to be done to address the predatory hunt of the most precious prey. I don’t want to hammer the blame on either the predator or the prey but on the principal of generous to the fault.

Politics have effortlessly infiltrated almost every aspect of human activities including how men hunt for women and how they’re been hunted for. Forget about love because dogs have delt with it drastically. They are only playing with its bones right now.

Hardly will you see a genuine love in this our generation again, Is either the “PREY” is chasing the “PREDATOR” because of its FAME and MONEY or the predator is chasing the prey because it looks CHEAT and easy to “PENETRATE”. 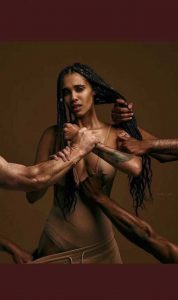 Religion and culture have taught us the ways by which we can search and own a woman. Marriage on it own has its merits and demerits based on who you’re bringing into your life and how long you think you can hold unto each other’s behavior and emotions till death do you part.

Ladies nowadays prefer moving on with another man than apologising for a wrongful act, whereas men now perceive women as sex toys.

This life in its cyclical form is hunting us and would continue forever, and it’s thus the negatives of modernization and technology.

I heard an audio, in which a lady is unshamefully narrating how she and her boyfriend have sexually satisfied each other and how happy she was for that encounter. But she has forgotten that the guy might be using her to satisfy her sexual desires.

For every perceived “CHEAP GIRL”, has a lot of hidden stories within her, even though the so called modernization has made them lay low in front of the other gender.

Ladies have made it look like without the help of men, they can’t succeed on their own. And guys also think the only thing the lady can offer is s3x. 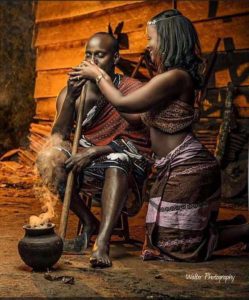 It’s a pity how relationships and marriages aren’t working again. Most people have lost their conscience and dignity on the line of this “PREDATORY and PREY” hunt.

Bhimnation’s boss, Stonebwoy recently appreciated the effort of his former manager Samini on his social media handle for grooming him to become one of the best singers in Ghana. Stonebwoy wrote: “Whatever you do to […]

WHO IS TO BE BLAME FOR THE SILENCE OF CF OPTIONAL KING?

On the night of 24th February 2020, expectations were high as the Northern icon paint the stage of TV3 with the colour of the Northern Culture. The music was catchy and inspirational. Rock and roll […]

Tamale based Ghanaian fast rising star, Fad Lan has lost one of his official social media handles to unknown hackers. The recently released Winner hitmaker made this known when he took to his Facebook handle […]

Don Dee inked a Distribution deal with Brother Hood Entertainment at a hideout in Accra.