Tamale-based Ghanaian music star, Zakaria Abdul Wasiu known by his stage name as T-Bird has disclosed his intention to stage his first-ever commercial show at the Aliu Mahama Sports Stadium in Tamale after fasting. 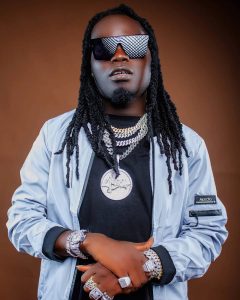 The Wheel Barrow hitmaker made this disclosure on Facts, a live radio program aired on Tamale-based Radio Station North Star with Nurudeen Bomba C being the host.

He detailed reasons for the long delay in staging a commercial show in Tamale and why he has chosen this moment to go ahead with such a program. He stated that music fans are humans just like you and I, and deserve value for money.

He further stated “That is why I was busy giving them those bangers with classic visuals all this while even without having a financier to my programs”. He indicated that there is no place in the region that his music hasn’t gone to and they now know and understand what he is capable of doing when on stage.

CEO of Sultan Incoparation, Alhaji Nero 99 who is also the Manager to the Multiple Award Winning Artiste, Ahmed Mujahid Bello, widely known in showbiz as Fancy Gadam has boldly come out to take care […]

Double Tee and Ataaka Still Struggles To Reply Maccasio “Crocodile” Song After 3 Weeks Of Its Released.