Nobleman Entertainment is one of the most promising Record Labels the North can boast of. They are well established and have  people with deep knowledge in entertainment on their label. 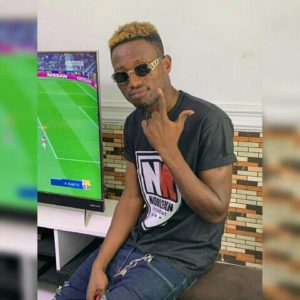  
They have on the label two artist namely Derby Hwot and Aleewa Dagomba who was part of the Sagani TV’s Chop de Mic Season 1 Edition.
Confirmed Reports from the management of Nobleman Entertainment have indicated that the record label  has kicked out the young promising star from their Label.
The public relations officer for the label confirmed this to Northern Entertainment Filla and further cited reasons behind the termination of their contract with the young promising Star.
He explained that the artist was in haste for fame and due to that was going against the rules of the label,he further indicated that the artist was jumping on unnecessary controversies,disrespecting management and commenting to the public without discretion.
We tried reaching out to the artist but he wasn’t available at the time of this report.

Aleewa Dagomba is out with another inspirational song after he’s managerial contract with Nobleman Entertainment was terminated few weeks ago,The title for this latest song is “BYE BYE”.The song was Produced by White Money. READ […]

“GO IN FOR THE DISABLED IF YOU DESIRE FAITHFUL & CARING PARTNERS”-DOUBLE ADVICE FELLOW BACHELORS .

Presenters Are Seen Poor Because You Fail To Pay For The Service They Render To You. Dj Fadel of North Star Hits Hard On Critics