Musicians Union of Ghana(MUSIGA)  has been described as one of the most useless bodies by  AFA Staff, a tamale based Radio personality.
The Tamale Based Radio Personality has worked with a lot of media house in the region and is widely known for his professionalism  both on Radio and off air. He has lambasted the Musicians Union of Ghana(MUSIGA ) for been useless especially in the northern part of Ghana.

READ ALSO:  I Will Beat You Like My Own Child Whenever You Step Foot Into My Zone. Rastony to IsHassan Dablee. 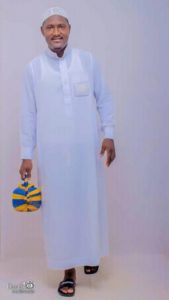 The current drive time host of a yendi based Radio station made this known during a live radio  discussion on Weekend Live, a program aired on  Neesim 100.1mhz with DJ Zolah.
Afa Staff was of the believe that the union down here isn’t leaving up to expectation and seem not to  care about it’s members here.
He related it to Mic Teeta’s health issue.
Mic Teeta per our checks happens to be a member of the Musicians Union of Ghana and needs an  amount of 15000 gh cedis to undergo an urgent surgery which the union has been mute about.
Afa Staff also used the medium to appeal to the general public to assist Mic Teeta to enable him undergo that Surgery.

Tamale based Radio personality, Mohammed Abdul Fatawu known widely in the media space as Dj Zolah have officially join a Tamale based Dagbon Fm after Radio Tamale’s Exit. The young vibrant presenter made this revelation […]

Tamale-based Media Personally Among Others Shot By Unknown Gunmen.

Reports Reaching Northern Entertainment Filla has it that a Tamale-based media personality and others were shot by unknown gunmen at Kalariga a Suburb of Tamale in the Northern Region. The Neesim Fm’s weekend educational program […]

BLACK ECHO EXIT HIMSELF FROM THE MUSIGA CHAIRMANSHIP RACE.

Tamale based Ghanaian music star, Tashiru Tahidu known by his stage name as Black Echo of Choggu Boyz Fame have officially exited himself from the Musiga Chairmanship race. The versatile rapper from the Northern part […]

You Shall Never Know Peace In Your Life. — Tuba Zak’s cursed DJ Carlos.

IF I KILLED MY MOTHER FOR FAME AND MONEY, IS THAT YOUR CONCERN.? BISA KDEI QUESTIONED HIS CRITICS.