Modelling to many is described as the already made job for rich people, and others too believe that modeling is just a mere work, forgetting that a lot of people have made it big in the modelling industry in Ghana, Africa and the world at large.

Top musicians pay huge sums of monies to get models in their music videos across the world.
Northern Ghana is undoubtedly one of the fast growing place for entertainment in African, and Models are been paid to feature in most of the classic videos released on daily basis.
One of the few Models who has caught the eyes of many artist and some managers in Northern Ghana and other parts of the country, is Model Vicky of Versatile Modelling Agency. 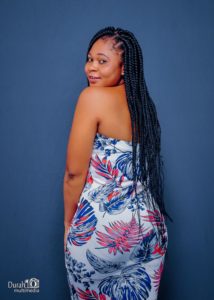 She has been the most featured female model in most music videos in Northern Ghana.
Notably among the videos include Anoli ( mind your language) by Bawlee ,Tisongomo by Bawlee,Kum by Wizchild, Pop Henry ft Kpewabouy – Chilling To the Maximum Level and a whole lot of unreleased songs.

She promised to take her job to the highest level, and will be readily available for any musician, artist managers and other companies who are willing to extend her wings afar.

Dmtl Signee, WizChild is undoubtedly one of the household names when it comes to the most trending artist in Northern Ghana right now and you can’t deny that fact. The Legend Boy over the weekend […]

Bride Abandons Groom At Altar Few Hours To “I DO”