Onenaira is one of the most creative and talented artist who has a dual nationalism, that’s Ghana and Nigeria.
He jumped onto the musical ladder and have since been one of the best and creative artist that can represent Ghanaians at any Event in the World but lack of the needed support from both Management and Industry players seems to be hindering his progress in his field of play.

READ ALSO:  I took Double Tee off from my Yet to be  Released Album- IsRahim. 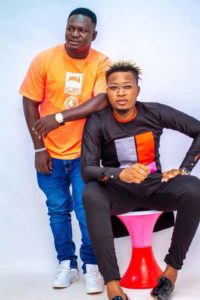 One of his songs that went viral down North and other parts of the country was Jeje which featured the Gadam Nation president, Ahmed Mujahid Bello known in the Showbiz world as Fancy Gadam.
A couple of weeks ago we had an information that One Naira was robbed of his Motor Bike, but the artist was able to acquire a different ride the next morning.
Days after the acquisition of the new bike another report reaching us has it that the newly bought Bike was also stolen from his residence.
Source close to the music star confirmed the incident to Northern Entertainment Filla on Phone.

Dreamtym & Dn Entertainment signee,Onenaira is out with yet another banger titled “DURACELL“,The song is filled with sweet love vibes and was produced under the umbrella of Peejeey. READ ALSO:  I HAVE GIVEN DOUBLE TEE […]