One of the talented young vibrate dancehall music stars from the Northern part of Ghana in West Africa, Lil Black has disclose to Northern Entertainment Filla in an off camera interview that He is the only hope for Dancehall music in Northern Ghana. 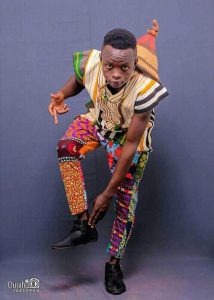 The Badder Than Them hitmaker is of the highest believe that even though most of his colleagues are doing their best in selling the dancehall genre of music to the people of the North and the rest of the world at large, They still lack some technics to make their work perfect and pleasing to the ears of lovers of dancehall music and that would make the masses not to accept their works and jam to it. 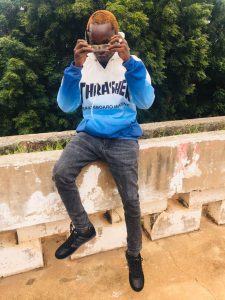 He further used his song with Maccasio as a typical example of a perfect dancehall song and also entreat his colleagues to use and adopt certain things that will make them gained some level of hit in the media.

“My fellow dancehall folks can come for some lectures or watch me take dancehall to the Grammy for I’m the only person that can do it.

Lil Black is currently working on his upcoming Ep that to him will proof to the rest of the world what dancehall is all about and also serve as proof to music lovers that he is the Messiah of dancehall.

MY BIG HEAD IS FILLED WITH TALENT – MACCASIO BRAGS