Savana Region is one of the newly created regions of Ghana and business in the region has been growing on daily basis.
The music  business there is gradually gaining grounds across the country.
One of the outstanding musicians from the region named Rashead Cases has officially thrown jabs at his colleague artist, to wake up from their deep sleep and learn hard since he isn’t feeling any form of competition in their part of the country. 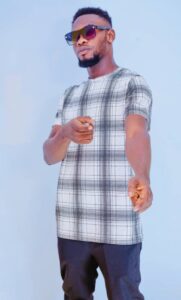 He further described himself as the eye of the region’s music and that the rest were just there to add up to their numbers.
He also stated that talent needs to be exhibited for the world to benefit from, not to stay indoors and claimed to be talented.
Recall that Rashead Cases recently released a song that features Sky the Tamale Boy and titled it “Noise Makers”.

IRED Gang signee, SKY De Tamale Boy is finally back from his long musical break with this beautiful song titled ”MY LIFE“.The song is a true life story of the most decorated artist and was […]

Burna Boy – My Money, My Baby