Ghanaian Award winning highlife artiste,Ronald Kwaku Dei Appiah popularly Known in Showbiz as  Bisa Kdei has rubbished reports which circulated on social media some months ago that, he had sacrificed his mother for money and fame in the entertainment industry.

Speaking to Nana Romeo on Accra FM, the ‘ brother brother’ hit maker disclosed that the rumours affected him severely since he is a believer and such barbaric gestures can’t be accorded to him.

“People who were saying those bad things about me were shallow thinkers and had nothing to do with their life. I can never do that. People say I killed my mom and I used her for rituals. How much money do I want that I will use someone’s life to get fame? …,” he exclaimed.

READ ALSO:  I HAVE GIVEN DOUBLE TEE UP TO A WEEK TO EITHER REPLY  OR I'M GONNA RELEASE ANOTHER SONG ENTITLED N-GOH JI-  BAWLEE REVEALED 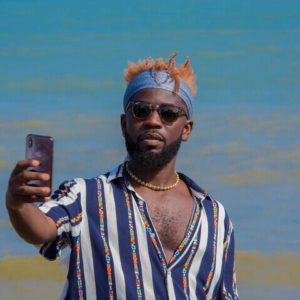 The hi-life composer further hinted that, his days of being emotional to negative headlines are over hence the need to adapt ‘deaf ears’ to such stories as a celebrity.

“Even if I killed my mother for fame and money, is that your concern?..…” the musician questioned his critics.

According to Bisa Kdei, God has been the ultimate reason for his success in the Ghanaian Music Industry.

The ‘Mansa’ hit maker revealed hard work as one of the top keys to attaining higher heights; hard work he claimed paved the way for his achievements.

Self Acclaimed richest young nigga in Africa, Shatta Bandle, has hit a 100k followers on Instagram. Shatta Bandle shot to fame after jokingly attacking forbes Richest man in Africa Dangote, claiming he was rather the […]

The much awaited collaboration between multiple award winning musician Bisa Kdei and Fameye is out. Bisa Kdei is undoubtedly one of the few good song writers in Ghana and having him and Fameye, another talent […]

All Is Set For The Inspirational Poetry Show With I.M. Saani

Mr 2Kay – God Can Bless Anybody