Nigerian music Star, Iceberg Slim is back in the Nigerian music space and this time, he says the goal is to correct some of the misconceptions people have about him.

The artist who has been in the spotlight in recent times after he apologized to his ex-girlfriend, Juliet Ibrahim has a new single that is rocking the airwaves. 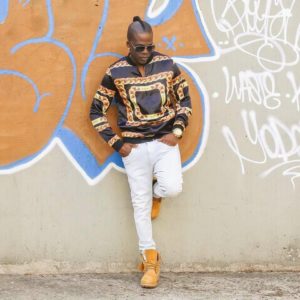 Iceberg apologized to the Ghanian actress just days after he released his new single “Way Up” and is hoping the song would show people another side of him.

“I did this song because I felt like I needed to do a body of work to ‘paint’ my image,” he told Iphie on Happenings Radio’s TGIF show.

“There is a misconception that Iceberg Slim is just a rapper. And I feel that’s because of the way I was introduced to Nigeria back when the whole ‘better than MI’ situation.

“Many people started to see me as that rapper from Yankee. But I’m not just a rapper, I’m a producer and a singer. In fact, I’ve been singing before I started rapping.

“When people hear me singing now, they are like ‘oh, he’s gone commercial’ but they don’t know I’ve been singing before I started rapping, so it’s not like I’m just trying to sing.

“It’s that kind of misconceptions I’m looking to correct. I don’t want people to box me, saying ‘he’s a singer or just a rapper’, I’m a musician. I make music. 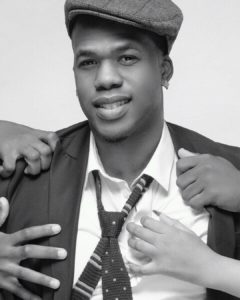 The New York-born artist was quizzed on what kind of sound he favors the most and what Genre should his fans expect him to delve into more in his forthcoming EP.

“I love the Afrobeat sound, My song ‘Oluwa’ that I released about a year ago was Afrobeat mixed with Yoruba and pidgin. So, I’m able to do different genres and style and I just want to showcase that.

Iceberg Slim’s latest work, “Way Up” is available for download on all digital platforms and other free online music blogs.

Bride Abandons Groom At Altar Few Hours To “I DO”

Controversial Radio Personality In The North[Mr Tell] Attacked By Unknown Gunmen In Tamale.

What’s the size of Shatta Bundle Banana; I want to Know – Caroline Sampson