Rapper Medikal has cleared the misconception people have about him once again in a recent interview on 4Syt TV. There has been rumours that Medikal deals in cyber fraud, popularly called sakawa in Ghana. 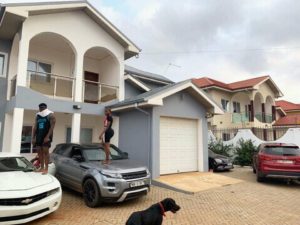 Even Strongman used this belief against him during their fierce lyrical battle recently. According to him, he charges very high for his shows and also makes revenue from music streams.

“I BUY A LOT OF CARS BECAUSE I’M MAKING MONEY FROM DIGITAL MUSIC PLATFORMS LIKE ITUNES, SPOTIFY ETC AND ALSO CHARGE 60K TO70 K CEDIS PER SHOW SO I CAN EVEN BUY A CAR AFTER EVERY PERFORMANCE”

READ ALSO:  Iceberg Slim Out To Correct Misconceptions About Him

According to the rapper, he doesn’t like doing interviews lately because whenever he talks, some people think he is bragging but he is actually making real money from music and nothing else.

Ghanaian Rapper Osei Kwaku Vincent known in showbiz as Strongman has finally replied to Medikal’s diss song entitled “To Whom It May Concern” in a new song he released a day ago entitled “Don’t Try”. […]

Omotola Jalade says she contracted Covid-19 on movie set, reveals majority of actors have it.