Multiple award-winning Ghanaian Singer Ahmed Mujahid Bello known by his stage name as Fancy Gadam is one of the most popular and highly paid musician in Northern Ghana, also one of the Top 5 most paid artist in Ghana currently. 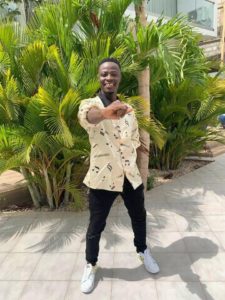 As part of creating the awareness of the general public on the upcoming Nduma show slated for 7th December 2019 @ the Radarch Lodge and Conference Centre by Striker De Donzy.
Fancy Gadam and De Donzy were on the Trending/Dinchana Show Today with Mohammed Hafiz known as G-Face, during the program Fancy Gadam made a shocking revelation about he abandoning a show in Sunyani that would have fetched him an amount of 10,000gh cedis just to support his brother; one who has taken him as his role model. 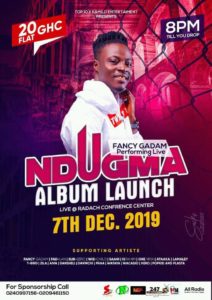 A Ghanaian businessman social media influencer, Nash Iddi is of the highest believe that Fancy Gadam part in the Get Busy song of Papi was wack. According to the businessman, There is no way an […]

Top Ten Entertainment/Shams Entertainment presents to the world the much anticipated banger of the year from Striker De Donzy featuring one of Bhim Nation Signee’s called Kelvin Boy entitled “Taking Over”.The song was produced by […]

Omotola Jalade says she contracted Covid-19 on movie set, reveals majority of actors have it.