Mohammed Hafiz known by many as Gee Face,  the official host for one of the most watched Television Program in Ghana Dinchana/Trending on Northern Television (NTV) in the late hours of yesterday took to his social media handle to cry out loud to the general public to help him search for his missing Toshiba Laptop.
The host, however,  did not give any details on how it came to be missing on his social media handles.
The Northern Entertainment Filla team reached out to him to find out how the Laptop got missing which he gladly explained.
The TRENDER explained that it got missing at his residence in Gumani a few days ago, he thought it was taken by one of his friends but later realize otherwise. He suspects that it has been stolen and is therefore appealing to the general public to be on the look out for a Toshiba laptop: it’s a Toshiba Laptop that can be turned to IPad and it’s Ash in colour.

READ ALSO:  I Support Everyone Equally in The Entertainment Industry-Mohammed Hafiz(Mr Trender ). 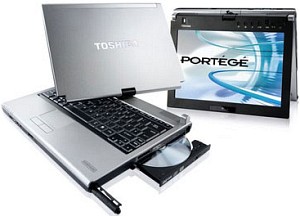 Kindly get in touch with the Northern Entertainment Filla team or Gee Face himself if you have information that may help us locate the laptop .

Mohammed Hafiz better known as Gee face host of NTV’s Trending/Dinchena program has angrily replied to a member of the 69 management, Fila Gaat, over last night Virtual Concert which was been aired on NTV […]

Ace Entertainment Analyst and official board member to 3 Music Award Scheme, Nash Iddi has launched a fresh attack on the host of Dinchana/Trending, Mohammed Hafiz, days after the host recruited Maccasio onto his most […]

Host of Trending “Dinchana” on Tamale based Television Station NTV, Mohammed Hafiz known widely as G-Face “The Trender” have hinted on quiting his media job to concentrate more on his footballing career. The Trender made […]

Going to where I’m not invited is Haram – Michy revealed.