Actress and television personality, Nikki Samonas on her take as to whether Hell exists during an interview with Zionfelix stated in plain words that she doesn’t believe there is Hell. 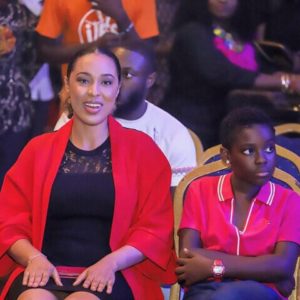 She stated that all children of God will make it to Heaven and that no one was going to end up in Hellfire.

READ ALSO:  MACCASIO AFTER HITTING HARD ON FANCY GADAM OVER THE RELEASE OF KOM RUNS TO IBRAHIM MAHAMA FOR KOM.

The actress has made a U-turn on her assertion that there is no Hell in a post sighted by nefgh.com on her Instagram status.

According to Nikki Samonas, “It is appointed unto Man to Die, and after Death Judgement!!! HEAVEN AND HELL IS REAL!!!”

Nikki Samonas has finally made a U-turn on her earlier thoughts about whether or not Hell exists.

Beautiful Ghanaian actress, Nikki Samonas has given her ”two cents” about the after-life by stating that she doesn’t believe hell exists. Nikki backed her claim in the interview with Zionfelix on the uncut show, by […]