Greater Accra Region’s representative for this years Ghana Most beautiful Naa Dedei Botchwey known widely as Naa has offically been crowned the 2020 Ghana’s Most Beautiful winner. 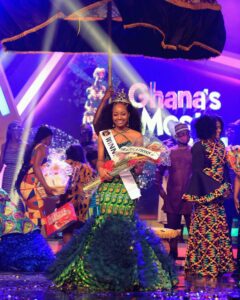 The former student of Ghana Institute of Journalism beat her closed contender Abena from the Ahafo Region’s to the car, crown and GH¢2,000 more as she receives GH¢10,000 as her cash prize.

It was a night of glitz and glamour as the final of the most popular beauty reality show in Ghana was held inside TV3‘s Studio B for the time in many years. 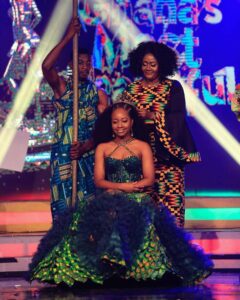 Shatta Wale Enskined Dancehall King By The Dakpema Of Tamale