According to Gregory Promise Bortey Newman widely known in Showbiz as King Promise. , if he’s only remembered for the shoes he wears, then there is a problem with him as an artiste.

He indicated that Ghanaians should focus on promoting his music and not on the shoes.

King Promise who was speaking to Happy FM in an interview mentioned that his mother called to complain about the size of shoes he put on for an award show he attended. 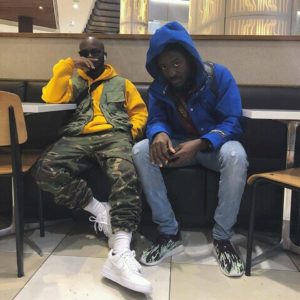 He said, “I don’t know why people talk about my shoes. It first started when I went for an award and wore this Balenciaga shoes that I bought. I didn’t know it was going to cause anything until the following morning when it was all over social media; my mum even called to comment that my shoe was too big.”

“Regardless of the sizes, I sometimes wear small ones as well. For me I feel if somebody is to talk about me, it should be my music because that is the most important thing.
I feel if I am an artiste and they speak about something else to remember me then it makes me less of an artiste; my music should be the most important thing”. King Promise noted.

READ ALSO:  PLAYERS OF RTU AND THEIR MANAGEMENT ALLEGEDLY ATTACKED BY SUPPORTERS OF NSOATREMAN FC.

“THE PREY AND THE PREDATOR”