SULTAN Incorporation & 5Minutes Music signee,  Ahmed Mujahid Bello have been on a musical mute after releasing a song titled “Corona Virus”.Which was aimed at educating the general public on the dangers of the Virus and preventive measures one can take to avoid contracting the world pandemic virus called Corona Virus.The multiple award winning celebrate is back fully after a short musical mute with a latest song titled “Fancy Gadam” which is expected to be out with both audio and visuals in a week time.
The song was produced by BlueBeat.
Check out the official flyer for the song.

READ ALSO:  "THE PREY AND THE PREDATOR" 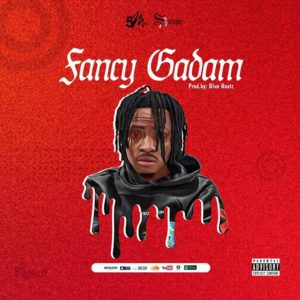 I’M THE ONLY HOPE FOR DANCEHALL MUSIC IN NORTHERN GHANA – LIL BLACK BRAGS.

The Battle for supremacy within the Media in Northern Ghana Launched.