Don Gama is a talented fast-growing singer from the northern part of Ghana.

He started doing music as early as 2009 and was able to record his first studio song in the year 2014 which featured Mic 4 and it was titled Dagban Waa. He has been a force to reckon with since then.

In August 2018 management of the young talented singer decided to test the strength of the artist by organising a show which he headlined at kumbungu Community Centre with a 700 seater capacity. The auditorium was filled to capacity.

His management after the concert decided to thank his fans by putting up a thank you concert at jisonaayilli in the sagnarigu municipality on 6th Oct 2018. 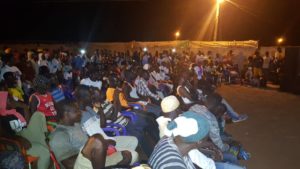 He has worked on so many projects, some of them include a song with legendary Kawastone entitled “follow follow”  and a solo song “hold me tight”.

Don Gama is currently working  on a song with Maccasio; another northern rap sensation. After some consultation, Don and his management settled on organizing a concert in Dalung. 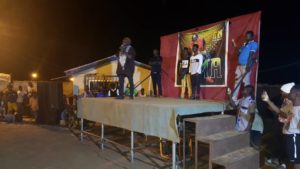 Don Gama performed along with other artist like the “Shankiki” hit maker Shatta Bone and the current most hilarious comedian Kakpagyilli Zaachi.

Artist in Dalung and Kumbungu were also in attendance to grace the show.

Official Mc for the night was DJ Sabaa of Simli Radio.

READ ALSO:  ATAAKA IS A GREAT TALENT AND I WILL LOVE TO WORK WITH HIM SAYS SISTER AFIA.

Multiple award-winning Ghanaian rapper, Sherif Abdul-Majeed, best known in showbiz as Maccasio  has officially announce the date for his Album Launch. The Dagomba Girl hitmaker made this revelation on his social media handle,specifically Facebook. He […]

Head of the Taaka music group, Yakubu Issah known to many as Ataaka after unveiling the title of a reply to Maccasio’s crocodile song on his social media handle suddenly makes a fast u-turn in […]

MY BIG HEAD IS FILLED WITH TALENT – MACCASIO BRAGS

Sarkodie ft. Mr. Eazi – Do You (Prod. by Guiltybeatz)

I Have A Special Song For Sarkodie – Dr UN Reveals (Video)