Tamale based Versatile Disc Jockey, Beat Producer & Musician, Dj Zeebra is fully set to officially release his first ever album since his entry into the music space before the end of the year.

The Nyuri Kulya hitmaker made this known during an exclusive interview on Rap City show with A-Square aired on Tamale based radio station, North Star. 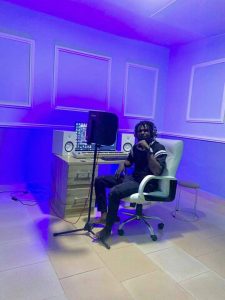 Dj Zebra revealed that he got into music out of the passion he have for it before his entry into music production and Disc Jockey.

He pledge on releasing more singles from his album whilst awaiting for the main album itself before the end of the year.

He further stated that his new song dubbed “Nyur Kulya” is a true life story which he developed out of friends experience.

Finga Movement Boss, One finga after taking a short musical break from the music industry is finally back with this beautiful Christmas banger dubbed “Ebefa“,The song was mixed by Dj Zeebra. READ ALSO:  Dj Zeebra […]

“IT Will BE VERY DIFFICULT FOR ME TO FORGIVE DJ STAFF & DEMA NAA MUSAH IN MY LIFE” – SAYS ABORIMAHIM.