Amidu Abdul Rahim is one of the media personalities in the northern part of Ghana,who works with Zaa Radio in the northern regional capital and is popularly known as DJ Bat. He was yesterday wrongly accused and beaten to pulp in Kukuo where he resides. 2 youngmen who were accused of stealing a motorbike and other valuable items were caught and interrogated, the accused persons in turned accused DJ Bat of being their accomplice. The angered area boys without hesitation proceeded to DJ Bat’s residence, broken into his room and gave him the beaten of his life. 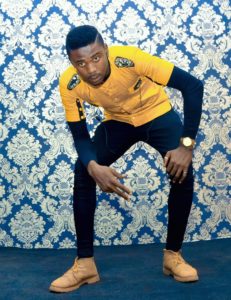 Afterwards, his valuable properties were taken. Together with the items,he was transported to where they were holding the thieves. Upon arrival, the  thieves changed the narrative and denied his involvement in the act.

The matter was later reported to the Ghana police Service and they are currently investigating the matter and the perpetrators will be brought to book in no time.
Nefgh.com tried  to contact  the victim but his phoneline isn’t going through after the unfortunate incident.

Abdul Razak Achrison is one of the few pundits in the northern region who is doing extremely well when it comes to discussion on entertainment in the Region. He discusses music on almost 90% of […]

DJ BAT CALL FOR THE ARREST OF KULCHIRI OVER HIS EDITED VIDEO ON MACCASIO TUMA SONG.

Renowned Tamale based radio personality who works at Zaa Radio have called for the arrest of Abdul Basit Kulchiri over his edited video of Maccasio Tuma song. The Safe Drive Time host, Amidu Abdul Rahim […]

“IT Will BE VERY DIFFICULT FOR ME TO FORGIVE DJ STAFF & DEMA NAA MUSAH IN MY LIFE” – SAYS ABORIMAHIM.

Tamale based Ghanaian Actor, Mohammed Basiru known to many as Aborimahim was yesterday featured on one of the hottest radio program in Northern Ghana dubbed “Zaa Cortu” Aired on Zaa radio with Mohammed Abdul Rashid […]

BAWLEE UNVEILED COVER ART FOR NEW SONG WHICH FEATURES DON ZIGGY ON IT.

I will personally walk to Radio Tamale and beat Halik Musah anytime he mentioned my name on air again; says Parara