The Entertainment Chief of Tamale, Dema Naa Adam Musah, is set to buy a win for any Northern Artist that gets VGMA nomination.
He made this known on an interview with Abubakari Alhassan Adam a drive time host at Might FM 90.5 MHz. 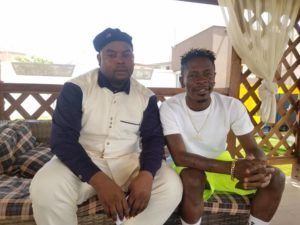 Dema Naa assured he is committed to the fight against the beefs in the Northern Music industry. He added that he is doing all he can to end the long rivalry of the topmost artist in the Northern Part of Ghana, Fancy Gadam and Maccasio. 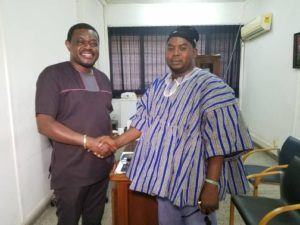 He also touch on plans to airlift some cultural dances to the foreign lands for cultural performs.
The purpose of the interview was to give the new Entertainment Chief the platform to speak to people of the region and beyond about his plans for the entertainment industry and measures that he have put in place to make sure that Northern entertainment is serve to the world.

Maccasio has gained nomination at this year’s Ghana Music Awards UK 2019 for the Reggae/Dancehall Song of The Year Category. The Giant Malt brand Ambassodor Maccasio, born Sheriff Abdul Majeed, is one of the Multiple […]

Fancy Gadam is back with another hottest banger from the Dream Album and it features the Gbalgong Hitmaker,Subzero entitled Yihimanini.The song was produced by DrFiza. Download Listen & Share Fancy Gadam Ft Subzero – Yihima […]

ANGRY DOUBLE TEE DESCENDS HEAVILY ON FANCY GADAM FOR SAYING HE IS NOT A COMMERCIAL ARTIST.

Straight Nation and Boss Nation signee, Double Tee has taken to his social media handle to hit hard on the Gadam Nation music president, Fancy Gadam, over his recent comment made during a live radio […]

FANCY GADAM TO CELEBRATE CHRISTMAS WITH FANS IN ACCRA AT THE BOKUM BOXING ARENA.