Kaya is a musical group based in the Northern part of Ghana which is made up of Ahmed Rockson and Bitter Flesh.The group was formed in the early 90s and was once on top of the Northern musical ladder,producing great hits upon hits, notable among them were  Echanga, Sister girl,Waju, and so on.

The Music group mentored so many young artist as at then and one of them was BFG’s who also came up with some hit songs including kpankpa and the likes.

Bitter Flesh in the early hours of Sunday took to his social media handle to accuse Thug Omega formerly of Faako Fame of theft, saying he stole his song.

B Flesh believes that the latest song of Thug Omega which is entitled Gaja is a just a copy and paste from one of their songs entitled Sister Girl. 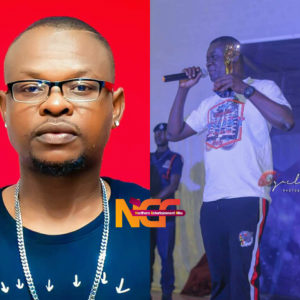 He ( Bitter Flesh) has vowed  to take Thug Omega to the appropriate authorities. However, the accused music sensation denied the claim by BFLESH on his Facebook handle and asked him to go back and listen to the song again before drawing  conclusions.
Check Thug Omega post below :
https://www.facebook.com/100003483932805/posts/2482939311832176/?app=fbl

Thug Omega is back again with another banger which is entitled “Omo Jaale”, The new song was produced by Ojah Drumz and Peejeey. Download Listen & Share Below; Downloads & Reactions: 936

Irasta and Thug Omega together as Faako Fame came through with this beautiful song entitled ”Adinpuya”.it might be old in existance but still sound fresh in the ear. Download Listen & Share READ ALSO:  Thug […]

#EndSars: ‘It’s Not Over Until It Is Over’ – Runtown Vows