Fresh reports reaching Northern Entertainment Filla has it that the Taaka music label boss, Yakubu Issah known widely as Ataaka have angrily chase one of his talented music sons Don Dee out of his music camp completely shortly after a flyer of the Artist went viral with the 69 music king Maccasio.

The reason behind this harsh move by the Taaka music boss haven’t been made known to the general public but our source suggest that it might be as a result of Don Dee feature with Maccasio which is titled “Jeolous Master”.

The Tizoora music boss also failed to include Don Dee on his upcoming free concert dubbed “Kings Concert” slated for the 21st August 2021. 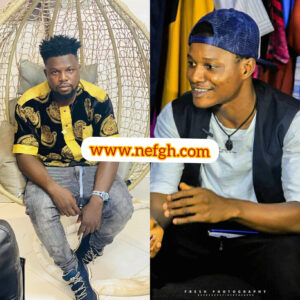 ATAAKA CALLS OUT MACCASIO FOR A RAP BATTLE ON LIVE RADIO.

Ghanaian rap sensation, Yakubu Issah affectionately called Ataaka in the entertainment industry over the week was featured on Amana Radio’s Artist profile with Dj Mice. During the course of the interview, the host of the […]

Multiple award-winning Ghanaian rapper, Sherif Abdul-Majeed, best known in showbiz as Maccasio  has officially announce the date for his Album Launch. The Dagomba Girl hitmaker made this revelation on his social media handle,specifically Facebook. He […]

Algeria And Black Stars In The Same Mystery Box At Afcon.