Ghanaian Reggae artist, Blakk Rasta, who doubles as a radio presenter, has made a profound statement in a new interview.

Sharing his opinion about the mode via which winners are determined during award ceremonies like the Vodafone Ghana Music Awards, Blakk Rasta opined that organisers of these award schemes asking fans to vote for their preferred choice in various categories is a big scam.

In an interview with eTV Ghana, the maverick artist used Shatta Wale to buttress to his point. He argued that the SM boss has one of the biggest fanbase and such a person can’t be ‘defeated’ by an underground artist during voting.Any Award Scheme That Requires Fans To Vote For Winners Lacks Credibility. 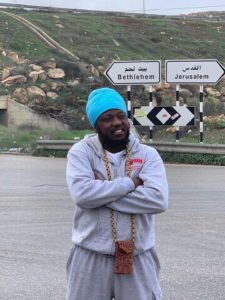 AN AWARD SCHEME WHERE FANS ARE TO VOTE USING THEIR AIRTIME IS CORRUPT; THAT IS STEALING.

THAT IS SELLING THE AWARD TO THE HIGHEST BIDDER. GIVE IT TO ARTISTES WHO DESERVE IT. JUDGE THEM AND GIVE TO THE ONE WHO DESERVES IT RATHER THAN ASKING PEOPLE TO VOTE, WHICH IS NOT FREE.”

“SO IF I AM NOT SHATTA WALE WITH 1 MILLION FANS, AND I AM SOME UNDERGROUND ARTISTE, AND I HAVE ONLY ABOUT 30 FANS BUT I HAVE A SONG THAT IS TRULY A HIT , IT MEANS THAT I AM NOT GOING TO WIN BECAUSE 30 PEOPLE CANNOT VOTE AGAINST 1 MILLION PEOPLE”