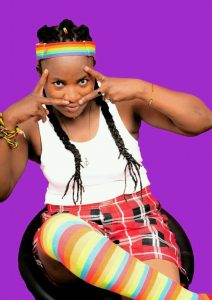 The yet to be released Dunia Street album contains a total number of eight well compose beautiful songs with touch from well known sound engineers across the Northern belt.
The schedule date for the launch of the album is on the 2nd day of October, at the E.p Church situated at the Lamashegu.
Artist that are invited to help in making the album launch a success includes,
Choggu Boyz, Bawlee, Mzkenzy,Walugu Lana, Don Gama, F-arrow, George Kliff, D12, Incredible Dancers, among others.
The program is expected to start at exactly 5pm. 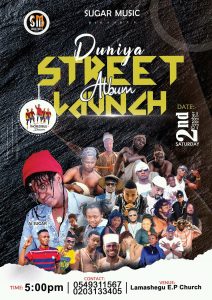 Tamale based Ghanaian fast rising super star, Fad Lan on the first day of September took to his social media handles to unveiled the official flyer for his upcoming Grace Concert slated for the 30th […]

Making Music Is About Contribution And Not Competition – Okyeame Kwame to fellow Musicians.